The Age of Unreason;  Hope in Pittsburgh-ocalypse (The Apocalyptheosis of Pittsburgh)

"Better to live on beggar's bread
With those we love alive,
Than taste their blood in rich feasts spread,
And guiltily survive!"

The world is somehow terrifying; it really is, in a way beyond reactionary politics. The rational reaction has never been more useless.

What we're working with will just be an intensification of inequality, a magnified status quo. In this way boils in a cynicism which is powerful and absurd, actually obscene.

I see the red culture of Pittsburgh basically endemic to the Polish and the Poor and Yinzers and etc. and as always, white male, and somehow the more progressive elements always seem either too hip or too un-hip. This is my cynicism, which I think is a white cynicism not too far from basic Pittsburgh racism. This white Pittsburgh cynicism which is somehow ultimate arbiter and also obscene; a cynicism which is virtual, shared by everyone, present everywhere, and un-real. Against which the actual diversity of Pittsburgh exists.

I call it the Age of Unreason but, in in the words of Samuel L. Jackson, "this is just another Tuesday." Or like, my friend Sarah pointed out the basic hypocrisy in the outrage against "locker room talk": the lived reality of women is that sexual assault is everywhere. The no-nonsense candidate became no-nonsense because he emerged from the imagination of our lived reality, and there can be no further validation of that present reality. I mean to say that Trump is a really Pittsburgh candidate.

I would say this white cynicism is only a cynicism from an outside perspective. In converse, it is the ulimate un-cynicism, the proud suffering blue collar take of Bruce Springsteen, et al.. That Bruce himself, like all artists, is hopeless to reverse any tide made by Republican candidate is not new; that #MAGA is essentially Springsteenian shows our stand-off. We have to remember this is normal.

The actual normality of what has gone down has revealed a failure in the bottom of our liberal imagination. You can maybe say we were only capable of processing presidents as Obamas or Reagans. What we are dealing with is both old and new, and at the juncture of these two lies our blind spot: open exploitation, kleptocracy, whatever. It's a hiding-in-plain-sight kinda thing.

In the face of a genuine belief in self-interest to the point of hiring someone who can only be self-interested, our own cynicism about politics, that real change can never happen, seems oafish.  We have this insane hopeful validation of third-party politics and of revolution itself in the face of kleptocracy. Socialistic anti-cynicism which seems impossible but is possible in the The Age of Unreason. Given that social unrest is building there is at least the possibility of change.

This possibility is not gleeful in Pittsburgh; the Pittsburgh Left seems relegated to a few blocks in Bloomfield; and while not hopeless, is truly Not Me. I have said there is only work involved; my friend Eric has said that true change will only occur when the poor are angry; in between these two statements lies The Party. I keep trying to break in but they don't let me!!! I gotta be a member of the Big Idea Book Club first??

Arbiter or not, here I come, daily, exactly as dumb and stupid, with the need to socially left pull; that artist as myself, I see the age has been flipped on its back. Everyone stands here precious flesh exposed but no one digs in; I think it's the sense everyone who went out to gather fish was supposed to have in the face of Tsunami. So I flip out a fork and pull out some meat and everyone stands around pointing their toes; there's a growing shadow.

Reactionary or not, attempt with me to deflate this cynicism. The pull can be, at least, this; the Pittsburgh I live in can be a little honest. The city has zero tolerance and is only marginally blue. It's comfortable. That we can change this; that the gunk in my ears can be face-paint; gross, but at least tolerable, an Imaginative Left can exist, the spring to opulent radicalism post-election. I can only think we must supersede the fashionable tactics.


**Nota Bene is of course the Radical Left of "Weekend" (see above) which ate tourists and killed people. A dream of revolutionaries who were young and corresponded to that much larger flywheel which has all the death and pain at the bottom. The desire for fashion may supersede all the boring, valuable gems like Law and Order but at least, with me, observe the coral-reef environment of the present now, and dream a competing dream.

I have to credit the real utopic post-apocalyptic shit to Teleportaterz, attributable maybe to Yinz Like Plays and the artist I only know as Hunter and a few of the cotiere who I keep seeing at events, kind of true Pittsburgh left, artists seeking a critic. I don't really have the guts to reach out to these people. Suffice to say that in their art the apocalypse seems natural and has already arrived not-even-dreaming, just extant in a way I could tease out if I put in the work. Suffice to say that all the tools of our redemption already exist, that the above cyncism has been undone in the work of a few locals, I don't even find it hopeful, I just find it already taoistically fact.

Suffice to say the dreaming outside the present Zone has already made a way around the liberal imagination and this way is garden-path-like valuable. Private, beautiful, greenway-work which has found in Pittsburgh refuge. We all know of this greenway, which is the unclaimed space in a city hemorraging claims; that reverse intensification of property value, the city wilds which are still magnificent dumping-grounds. I know of the release that can be found here and it is likely the only teneable release; the opposing forces too bland to compete, the apocalypse in wilderness a pocket-park almost; my friend Hank who lived in a parklet in Polish Hill; it manages to not even be Twee. 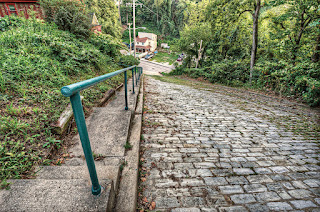 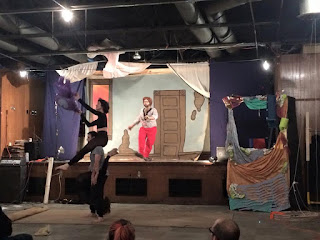 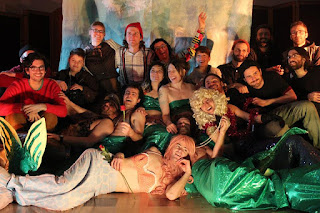 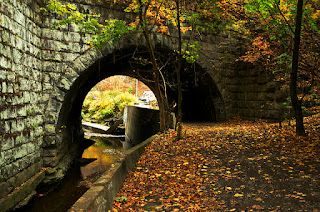 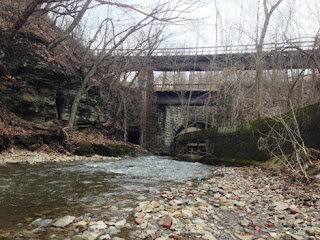 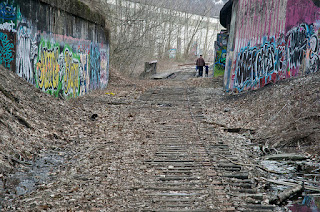 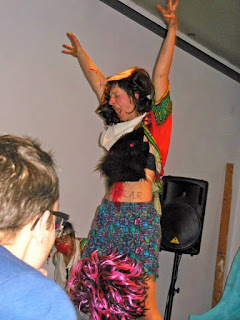 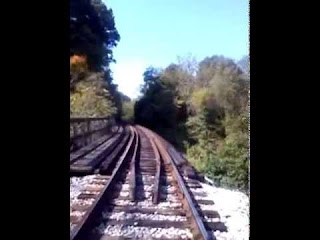 You could maybe call it trash culture? Hope in apocalypse. - peterwebb
Posted by Peter Webb at 3:11 PM 2 comments: